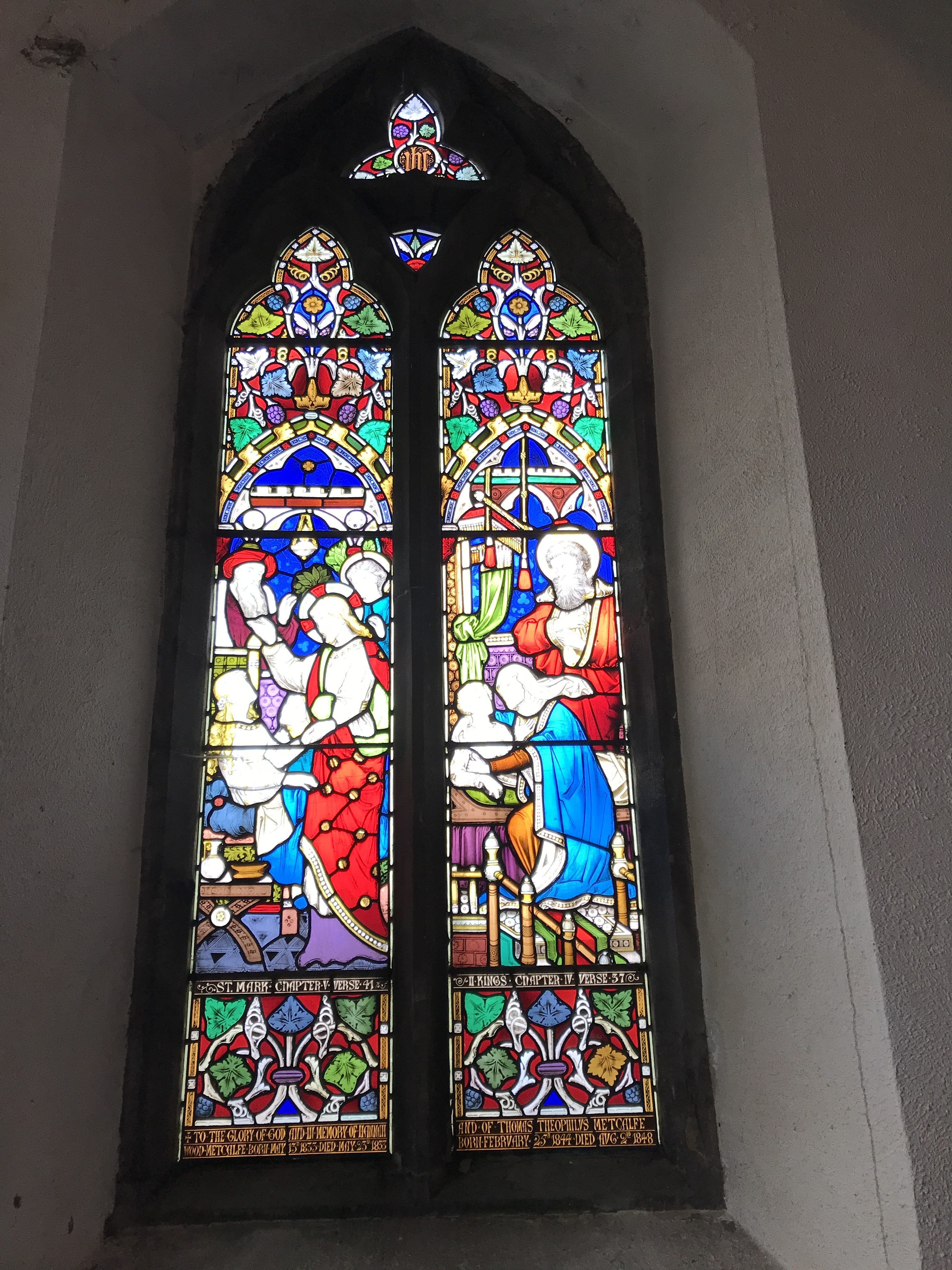 The Lady Chapel window, along with the East Window, was designed by Mr. G. J. Baguley of Newcastle on Tyne (Parish Magazine of May 1873).The window was given by the then
incumbent, the Rev’d J. Metcalfe, and his wife as a memorial to two of their children who died young. Hannah Wood Metcalfe 10 days and Thomas Theophilus  Metcalfe 4 and half years 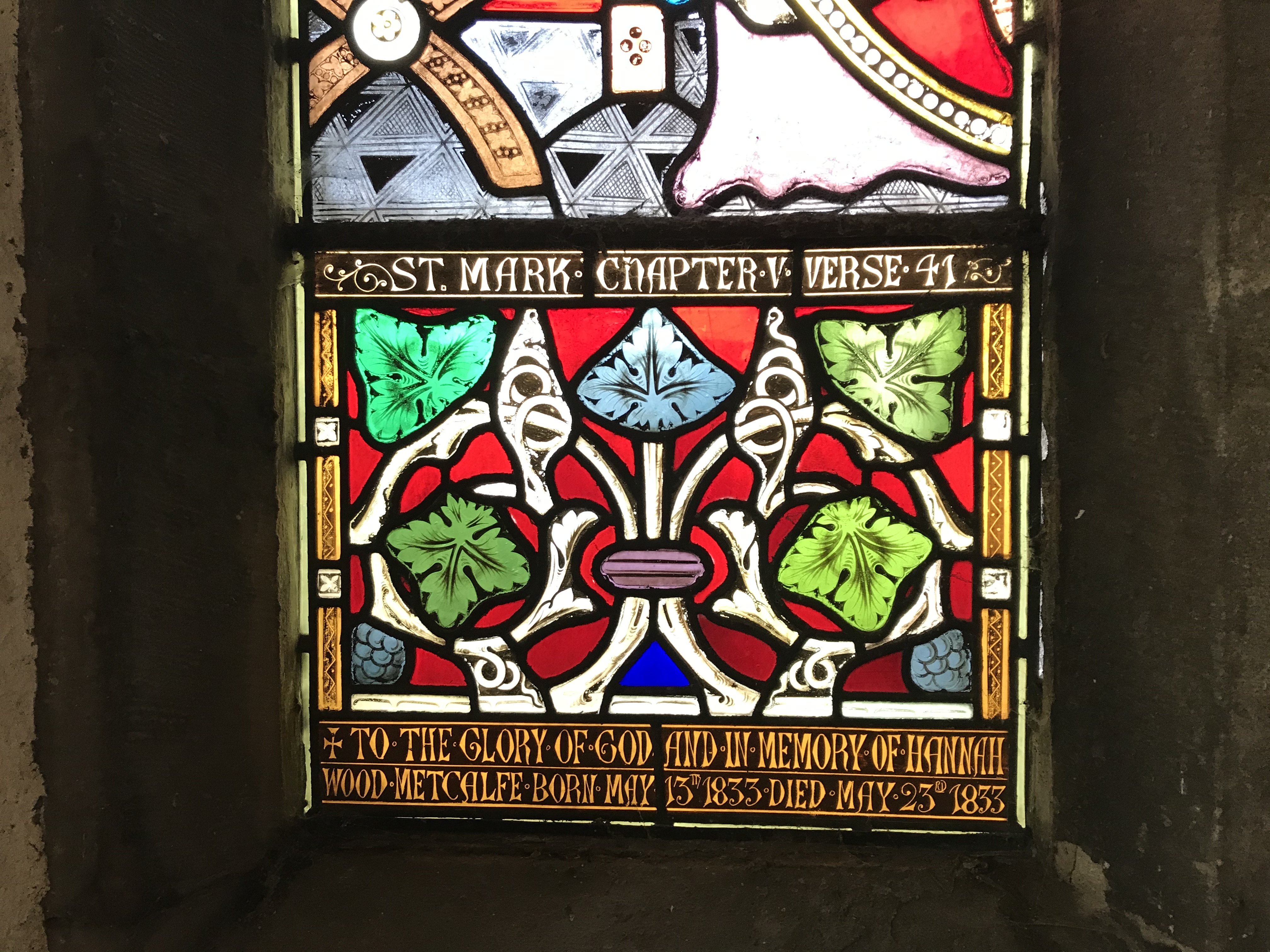 The window depicts two biblical events with resurrection themes, one from Mark chapter 5  – the account of Jesus raising the daughter of Jairus. Jairus was a ruler in the synagogue. On meeting Jesus he pleaded for him to come to his house and heal his daughter whom he believed was dying. Jesus’ visit to Jairus’ house was delayed by a woman in the crowd who also sought healing and before he reached the house, messengers arrived to say the girl had died. On approaching the house and seeing the commotion, he said the girl was ‘only sleeping’. The people mocked him, but taking the parents and the those disciples who accompanied him into the girl’s room, he brought her back to life. People were amazed and astonished. 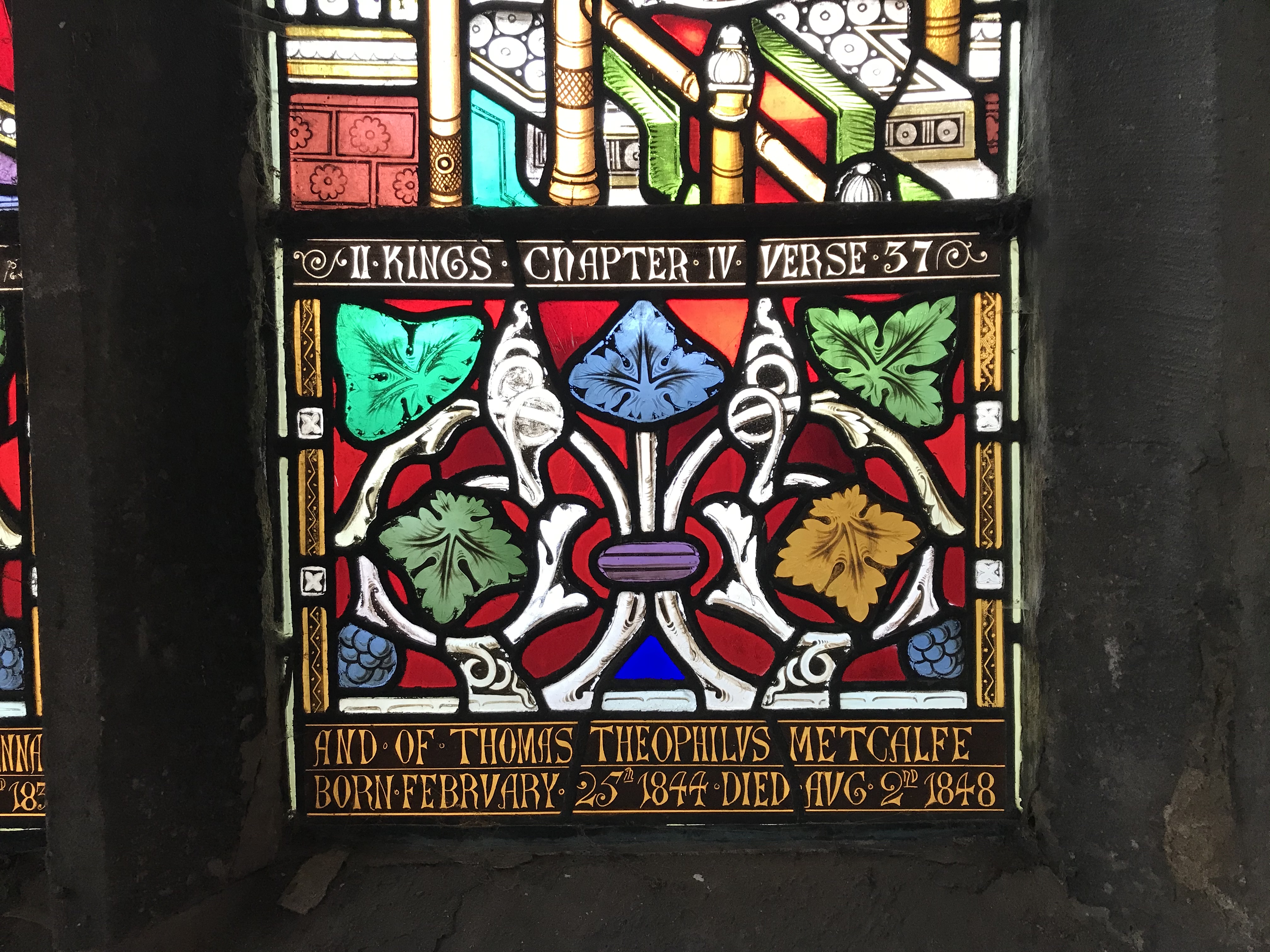 The second story is from 2 Kings chapter 4 where there is the account of Elisha raising the Shunammite child from death. Elisha regularly visited a family in Shunam in the territory of Issachar, and they had a room made available for him in their house. One day their son died after experiencing a severe headache and his mother laid him in Elisha’s room and set out to find Elisha at Mt Carmel, knowing he was a man of God. Elisha and and his servant Gehazi followed her home and Elisha prayed and breathed life back into the child. (read the detail and find out more about this family’s story in the second book of Kings)

Jesus said ‘I am the resurrection and the life. He who believes in me will live, even though he dies’. (John 11 v 25) He spoke these words to Martha before he raised her brother Lazarus from the grave. His words and actions are fully understood when we see the power that God has over death as he raised Jesus from the tomb and declared victory over death. (See these events depicted in the panels of the East Window.)

Resurrection life is available today to all those who believe in Jesus.