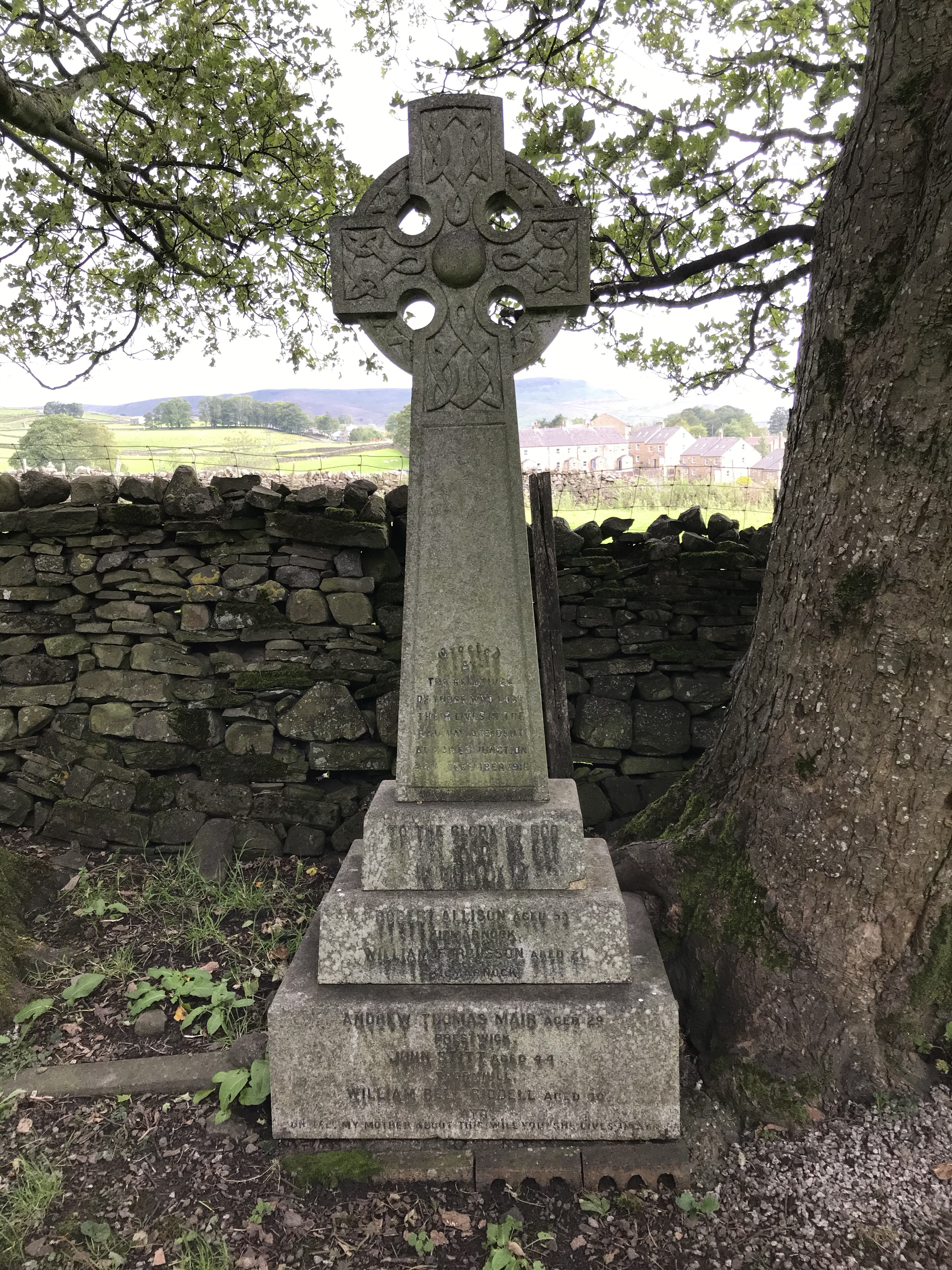 The story begins (or ends) with a memorial to  people who died in a train crash, which is found in the upper graveyard in Hawes.

The disaster occurred on the Settle to Carlisle railway near Hawes Junction (now just Garsdale station) on Christmas Eve in 1910. Several homeward bound passengers to Scotland were killed and many injured. The last words of one young man (William Bell Riddell) as he lay dying are movingly recorded here on the bottom of the cross “0, tell my mother what happened to me, she lives in Ayr,”

Since 1953 the Vicar of Hawes has also been Vicar of Hardraw, which was formerly an autonomous parish with its own incumbent and included the remote parish of Lunds whose small chapel has long been derelict. 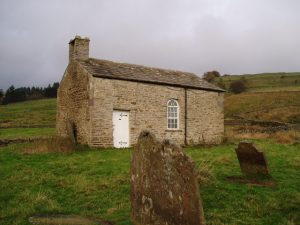