The entrance porch and panelling are a memorial to the late Bishop of Birmingham, Leonard Wilson, who retired to the parish in 1969.  The work in oak is by the craftsman Claude Townsend of Follifoot near Harrogate.

Close to the entrance door, stands a font with decorated stonework possibly acquired in 1853.

Near it stands a small ancient stone, its original use is unknown, but it was possibly a chimneypot at some time.

Another, more ancient, font stands at the end of the south aisle in front of the organ pipes. This font with its simple line and soid strength possibly dates from before the fifteenth century and nowadays it is the one normally used for our Baptisms.  In 1853 it was removed outside the church but was brought back inside during the 1930s when it was mounted on a millstone.  In the 17th century fonts were required to be locked to prevent the Holy Water being stolen and the font still bears the marks of this locked lid.

Nearby, the small piece of stained-glass in the south window is a mid-18th century copy of a 15th century German work. 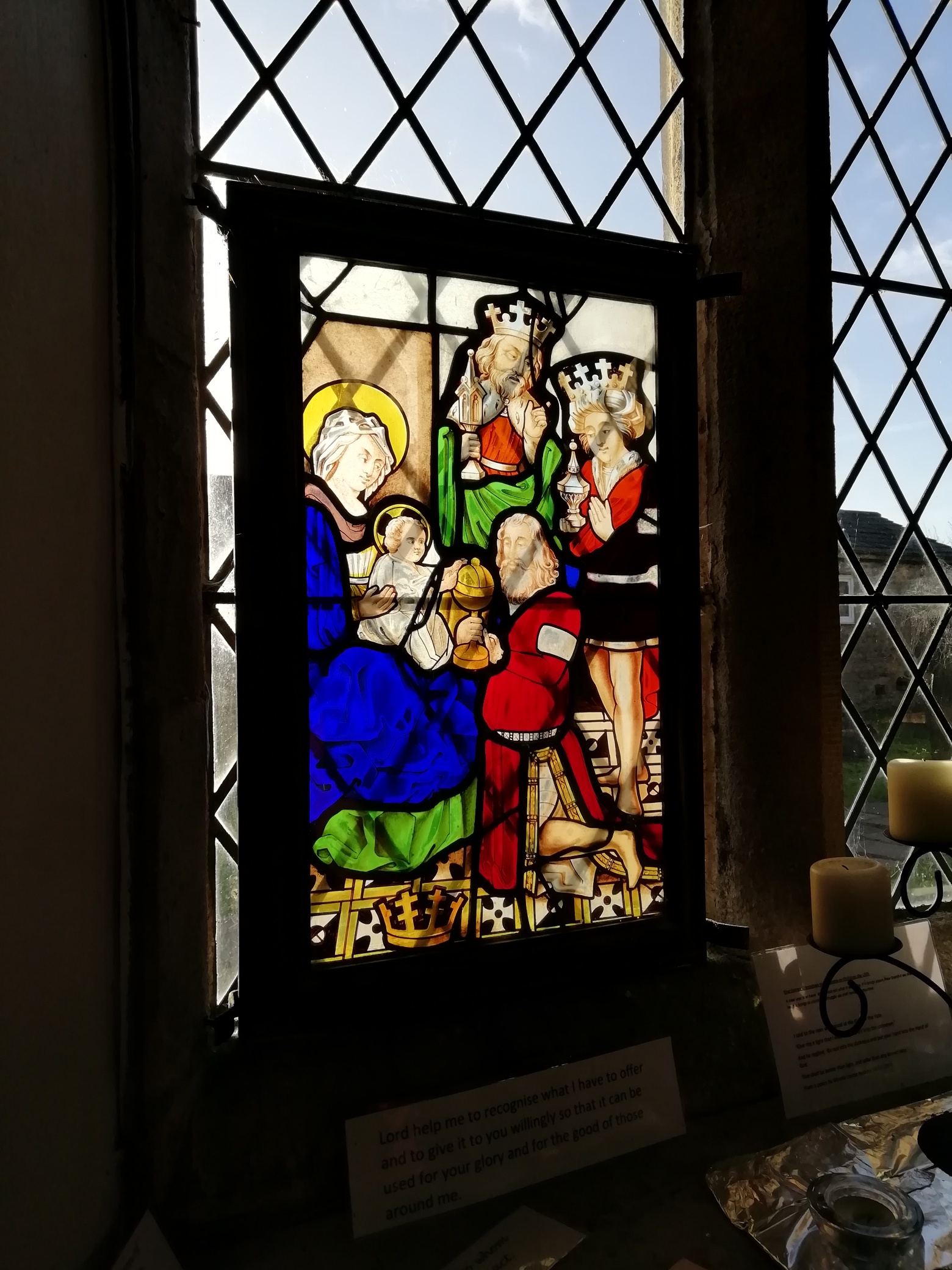 Before the 1853 Victorian “improvements” there were many galleries to provide for the then large population in the parish. Music men, who sat in a gallery under the tower, played a variety of instruments and lead the singing. In 1858, a harmonium replaced the musicians and in 1869 an organ was purchased. In 1906 a new organ by Hopkins of York was installed in memory of Christopher Whaley, vicar from 1869 to 1905.

At the east end there is an impressive stained glass window and Minton-tiled reredos given in 1877 by the Askrigg solicitor, George Winn and his wife in memory of their son, George who had died tragically. During 1969 the choir stalls and levels in the sanctuary were rearranged giving a sense of space and openness. A new altar (in memory of JJG Lodge) has been placed in a central position. 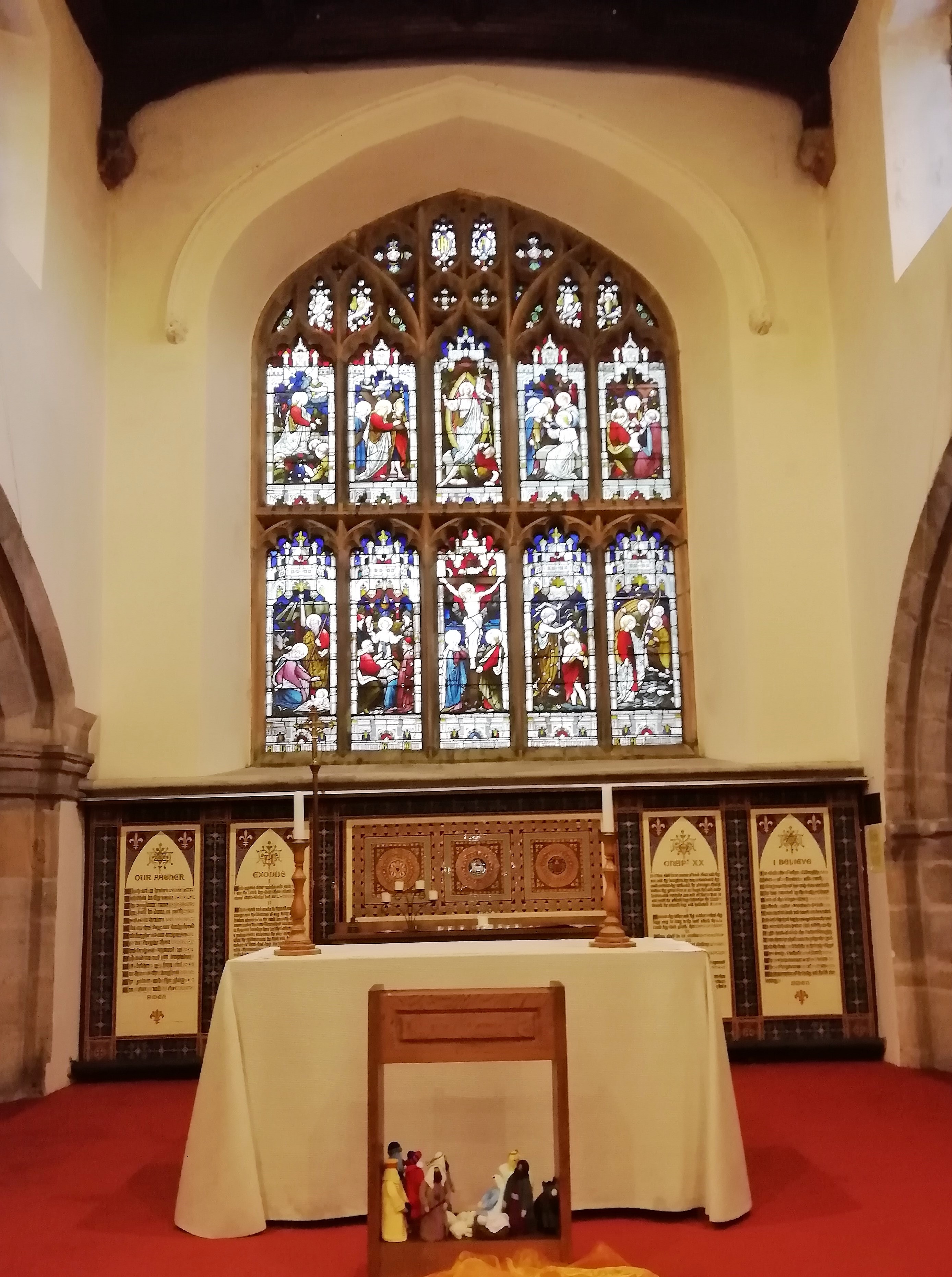 As the church continues to thrive and in order to respond to the needs of the 21st century, in 2006 pews were removed from the tower area and a kitchen and toilet have been installed near the north door. The Church still holds traditional services but, in addition, offers more informal services to cater for the increasing numbers of children and young people.  On occasions the church is also used for drama and music and other social events.